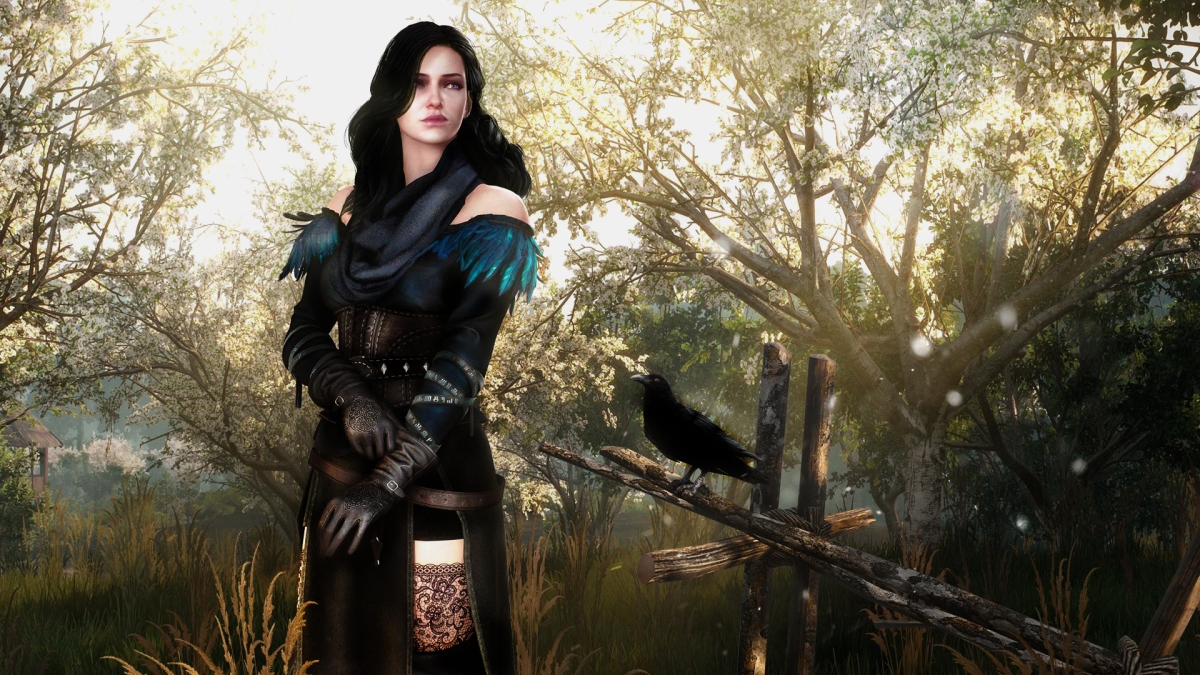 If you haven’t played Witcher 3: The Wild Hunt, you absolutely have to do 2 things: go play it, because it’s AMAZING and click away because there are SPOILERS ahead. For those who played it, welcome and let’s proceed to my list

In this post I write exclusively based on Witcher games made by CD Projekt Red, not books and other sources.

1.She’s badass and brave. Even if you think Yennefer is bitchy as hell, you have to give it to her – she’s so badass. I’ll give only one example though. I think it took her A LOT of guts to ask Geralt to fin the Djinn and then see if their love was real or just the result of a spell. Triss kept him in the dark on purpose and basically lied to him just to keep him beside her. Not cool, Triss, not cool.

2. She can get her shit together when necessary and make a tough choice to do the right thing, even if she’ll suffer. Many would disagree with me, but I think that a garden is nothing compared to the fate of the whole world. After Yennefer uses dark magic (necromancy) to revive Skjall and get the information from him, the dialogue options weren’t exactly satisfying for me – they weren’t skippable and most of them contained judgement for what she’s done.

When Geralt asks her ‘Yen… are you all right?” after she finishes the spell, we see all the suffering and disgust on her face:

Would Triss do such thing, if saving Ciri or, let’s be real, the world, would be at stake? Nope, our little miss goody-two-shoes wouldn’t do it and there’s a proof.

This is a rare dialogue option that occurs only if you finish the quest in the garden with Yen and after that go with Triss to the witch hunters and let her be tortured (let them rip all her fingernails). ‘Our dear darling Triss’ (as Yen mentioned her after throwing the red hair littered bed out the window in Kaer Morhen) just can’t hold herself and kills Menge. Geralt asks her, ‘Could you… revive him?’ and her answer to this is:

I got this information from xLetalis on Youtube. So, in the time of need, it’s Yennefer I’d like to be on Geralt’s side, sacrificing her own well-being for the greater good.

3. She didn’t cheat on Geralt with one of his best friends. This story was hinted on throughout the Witcher games. When Lambert, Eskel, and Geralt get drunk late at night (just before they try Yen’s clothes – if you choose to do it), Lambert takes a shot because he jumped out of a lover’s window. As Eskel asks him why, he looks very uncomfortable and says he ran because he didn’t want to hurt his friend’s feelings:

Geralt then suggests to end the game saying to Lambert ‘or else I’ll never be able to look you in the eyes again’ – you can watch the whole scene. Over all games, I feel like only two women mattered to Geralt – Yen and Triss (there’s also Shani, but romance with her is optional, while the games clearly refer to past relationships between Geralt and Yen as well as Triss whoever you choose to romance). It’s obviously not Yen, because in the games she doesn’t seem to even come close to Lambert prior to the Witcher 3, so the case is clear – it can only be Triss.

Another proof is that Lambert is the one you’ll win Triss’s Gwent card from (if you don’t, you can later find it beside his bed). In the Witcher I, it’s mentioned that Lambert has cards of every woman he sleeps with (I guess same as Geralt does) AND there are wet footprints in Triss’s room after she teleports him to her house in Vizima (beginning of Chapter 3 in the Witcher 1 game). The footsteps lead to the window and then end there, so it can’t be Triss.

I rest my case.

4. She is empowering and supportive of Geralt and Ciri. If Geralt decides to support Ciri in her decision to go kill Imlerith and the Crones, he later can speak with Triss in the Dandelion’s inn. She snaps at him, accusing him of being irresponsible and how she – oh poor thing! – worried about them, etc.

Well this is what Yen has to say to Geralt about it:

Geralt: I thought you’d be angry.

Yen: – Angry? Why? Because you supported Ciri in her decision? Or because you fought by her side and won?

If you ask me, this is someone worth taking to Corvo Bianco.

5. She’s straighforward and doesn’t beat around the bush. She is a grown woman who knows what she wants and won’t play manipulative games to trick Geralt into something (like Triss does, pretending to fall off the fountain so that Geralt would have to catch her).

In Kaer Morhen, Yen takes Geralt aside and he asks:

6. She has the dignity not to dwell on the Triss topic.  She just throws the bed out of the window (and Geralt if he keeps getting on her nerves), but she doesn’t torture the guy for it and moves on:

Geralt, I don’t want to seem like a vindictive shrew, but that very bed is where you just happened to fuck a dear friend of mine

We get it Yen, we get it. Most women would turn the redhead into a frog if they were you.

7. She’s hot AND smart. Say what you will about Yennefer, but you can’t deny that she’s extremely smart. She’s not into small talk and talks only business. She knows politics and does her best to help whoever she can. Oh and did I mention:

I get why CD Projekt Red devoted so many scenes to Yennefer (the overall time of all scenes and quests with her is nearly twice as long as that with Triss).

Hope you enjoyed reading this post same as I enjoyed writing it!

P.S. If you’d like to get notified every time I post, subscribe to my blog below. Quality of my content is very important to me and the only way I’ll develop this blog is by contantly improving it. I sincerely appreciate every subscriber and will deliver the best posts.

Follow You and Me and Cup of Coffee on WordPress.com